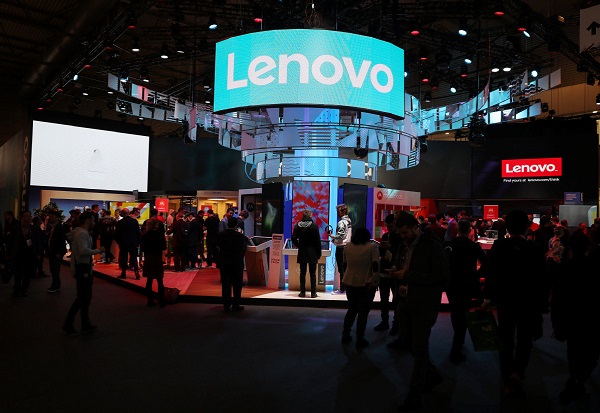 The latest system is named Shenteng X9000. It is an integrated solution network embedded with several key technologies such as high-performance computing, artificial intelligence and big data, which industry insiders said can tackle a variety of scenarios.

China has emphasized the importance of high-performance computing, highlighted by the use and application of supercomputers, in making innovations.

Top500, one of the most authoritative rankings on supercomputers globally, said the country continued to dominate the world's fastest supercomputers in terms of the number of systems.

With 219 systems, the nation tops the supercomputer list and accounted for 43.8 percent of the world's total, followed by the United States with 116 and Japan with 29.

In the list, Lenovo claimed the greatest number of systems globally with 173, while the country's server maker Inspur Group hit 71, and supercomputer manufacturer Sugon stood at 63.

"Compared with our competitors, Lenovo is a unique company that can offer solutions spanning cloud to the edge, meaning the firm can meet all kinds of demands from clients," said Scott Tease, executive director of HPC and AI at Lenovo.

Even though the US Commerce Department added five Chinese supercomputer companies to its Entity List barred from buying US technology, Scott said Lenovo has been able to deal with the development because "Lenovo is a China-based company but (has) globalized" its operations.

Qian Depei, dean of the School of Data and Computer Science of Sun Yat-sen University, pointed out that though China has gained momentum in the number of supercomputers globally, there are still many challenges ahead, especially in the E-level supercomputer.