Chinese smartphone shipments down in Q2

During the second quarter of this year, China's smartphone shipments totaled 97.9 million units, down 6.1 percent year-on-year, the latest report from the International Data Corporation showed. 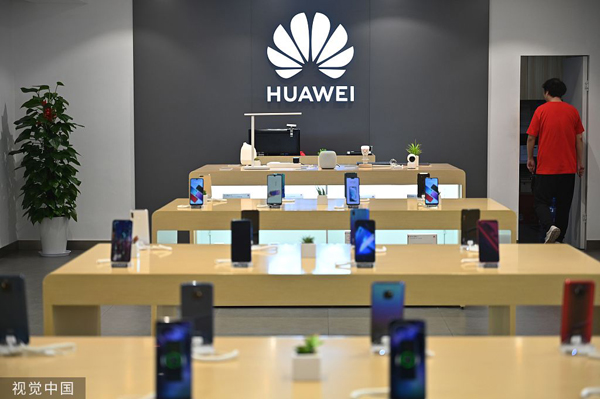 Smartphone vendors shipped a total of 180 million phones during the first six months, down 5.4 percent from a year earlier.

During the second quarter and the first six months, most manufacturers' new product releases and the pace of shipments became faster to some extent, IDC said, adding that Huawei put more efforts into the domestic market and its shipment performance exceeded expectations.

Huawei maintained the top position in the market, with shipment volumes of 36.3 million units, up 27 percent from the year-ago period. Its market share rose to 37 percent from 27.4 percent. The tech giant was also the only company that registered an increase in shipments among the top five smartphone makers, IDC report showed.

Vivo, with shipments of 18.3 million units and a market share of 18.7 percent, came in second. It was followed by OPPO, whose shipments fell 13.9 percent to 18.2 million units.

Xiaomi ranked fourth. Its smartphone shipments fell 19.3 percent, the biggest drop among the top five smartphone makers, to 11.7 million units, with a market share of 11.9 percent.

Apple finished the second quarter in the fifth position. Its smartphone shipments fell 6.2 percent to 6.6 million units, while its market share was basically flat at 6.7 percent from a year earlier.

From the perspective of smartphone shipments, the overall market performance is better than expectations, said Wang Xi, a senior analyst at market consultancy IDC.

However, for some domestic customers, the circle of changing new smartphones has not been shortened, Wang said, adding that whether or not there will be a rebound in the domestic smartphone market during the second half and in the future will depend on whether the circulation of channel inventory and terminal marketing is benign or not.