China officially kicked off commercialization of 5G services on Thursday, with the nation's big three telecom operators rolling out their 5G data plans. 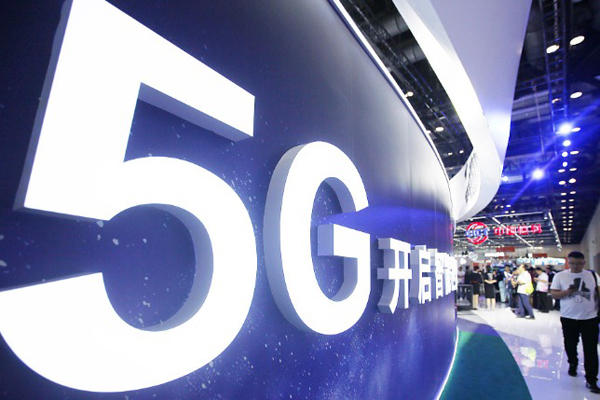 The move shows consumers can finally pay to access the superfast speed of 5G, as more than 86,000 5G base stations have already entered services in China.

Chen Zhaoxiong, vice-minister of industry and information technology, the nation's industry regulator, said China has been working hard to extend 5G network coverage. By the end of this year, more than 130,000 5G base stations will enter into service to support the network, marking one of the world's largest 5G deployments.

The big three telecom operators, China Mobile, China Unicom and China Telecom, for the first time chose to price tariffs by internet speed rather than data allowance. For instance, China Unicom prices the data plan which allows peak speed of 500Mbps at 199 yuan. For those who want to enjoy peak speed of 1Gbps, they have to pay at least 299 yuan.

Lyu Tingjie, a telecom professor at Beijing University of Posts and Telecommunications, said although the thresholds of 5G data plans are far higher than that of 4G services, the price per gigabyte of 5G is lower.

About 497,000 5G smartphones have already been shipped to the Chinese mainland in the past three months, data from the China Academy of Information and Communications Technology shows.

The three telecom operators have already pushed 5G preregistration with plentiful discounts and free 5G data allowance and managed to attract interest from more than 10 million subscribers after the National Day holiday.