China boasts 228 supercomputers, the most in the world, while extending its lead in numbers, and shrinking the gap in aggregate performance with the US, Top500.org said in its latest top 500 list released on Nov 18. 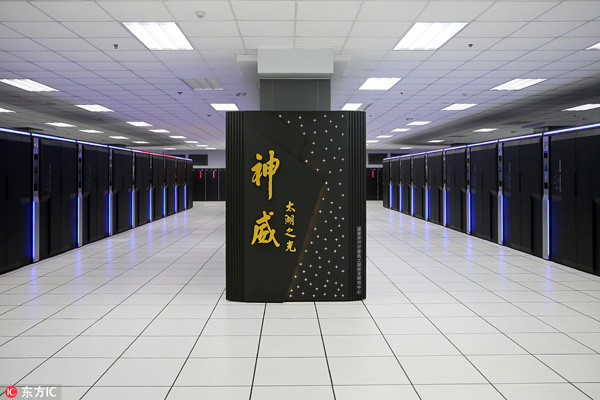 The number of installations in China has remained in the first position for five consecutive years, up from 219 six months ago. Meanwhile, the share of US-based systems remains near its all-time low at 117.

However, as per the top 500 list, the systems in the US are on average significantly larger, which translated to a 37.8 percent share of the list's aggregate performance. China is behind with a 31.9 percent performance share.

The November 2019 list shows the top-ranked supercomputers remained unchanged from previous list six months ago, with the top two spots claimed by Summit and Sierra, both built by IBM. Close behind are TaihuLight and Tianhe-2A developed by China's National Research Center of Parallel Computer Engineering & Technology and China's National University of Defense Technology.