An increasing number of Chinese smartphone vendors are marching into the chip sector, after realizing the importance of in-house research and development capabilities for the semiconductor sector. 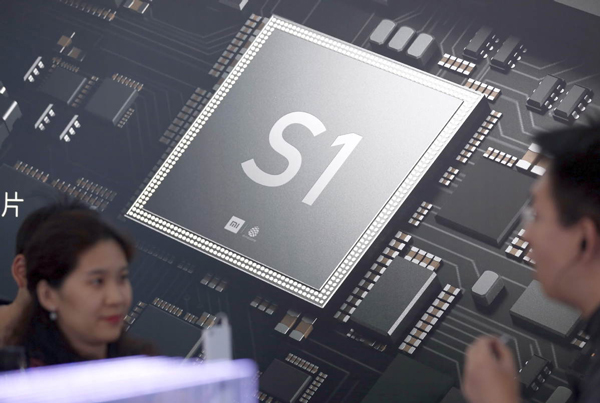 The Exynos 980 chip, which was jointly developed by the two companies, will debut on Vivo's X30 smartphone later this year.

Zhou Wei, vice-president of Vivo, said the two sides have cooperated closely with each other to improve the efficiency of product development. As a result, the X30 model, powered by Exynos 980, can hit the market two to three months ahead of schedule.

The Exynos 980 chip supports both non-standalone (NSA) and stand-alone (SA) networking modes, making it the second dual-mode 5G chip after Huawei's Kirin 990 5G. NSA and SA are two ways of constructing a 5G network, with the former still relying on existing 4G infrastructure for some functions.

Currently, most 5G smartphones unveiled in China only support NSA mode. But China will kick off the large-scale construction of an SA 5G network soon, so that 5G phones will have to support both modes in the future.

Vivo said more than 500 of its research and development engineers have partnered with Samsung in the past 10 months to jointly develop the chip. It has shared more than 400 features and functions it had accumulated with Samsung to complement the latter's platform.

Exynos 980 has an integrated 5G modem, which can enable a peak downloading speed of 2.55 Gbps in sub-6 GHz spectrum. It also can greatly improve energy efficiency.

Smartphone vendor Xiaomi Corp is also intensifying its inputs in the sector.

In 2014, Xiaomi founder Lei Jun termed the chip segment the "crown of the smartphone sector". Three years on, he has his own jewel in that crown - the Surge 1, Xiaomi's first in-house chip.

The technology tycoon has fond and vivid memories of a momentous instant that signifies Xiaomi's entry into the chip sector.

He recalls a night in September 2015 when, at 1:40 am, in a trial, the Surge 1 enabled the first call between a group of engineers and Lei. "My heart was surging with excitement at that moment. That's how the chipset got its name."

James Yan, research director at Counterpoint Technology Market Research, says that although the Surge 1 is still at the entry level, Xiaomi's attempts to make inroads into the competitive industry highlight its determination to differentiate its products from a crowd of rivals and to seek growth via innovation.

The pursuit of innovation was what drove the Beijing-based tech major in 2014. It coasted on the success of its online-only sales model to establish a chip unit, Beijing Songguo Electronics.

It had figured out that reliable access to chips was going to be the key to success in the fiercely competitive smartphone market.

Xiaomi has also invested into several chip design companies in China, partly in the hope of learning more from these players to better produce its own chips.

Another tech major Oppo is also jumping onto the bandwagon. The company is recruiting chip professionals to beef up its smartphone design department and it is working on a coprocessor, a processor used to supplement the functions of the primary processor.

Such strong motives to double on the chip sector also came after the US government banned Huawei Technologies Co from accessing crucial US semiconductor components. The incident triggered worries that some US technologies on which Chinese companies are heavily reliant will no longer be accessible and alternative plans need to be generated.

But developing chips is a high-tech and cash-intensive business. When Xiaomi was considering chip business, several experts had told Lei that it is a risky business. R&D of chips alone would require 1 billion yuan ($142 million) and making a success of it would require at least $1 billion.

"It is a promising sign that more players want to overcome the obstacles and be a success at chipmaking, but it remains to be seen who could really make it in the end," said Xiang Ligang, director-general of the telecom industry association Information Consumption Alliance.